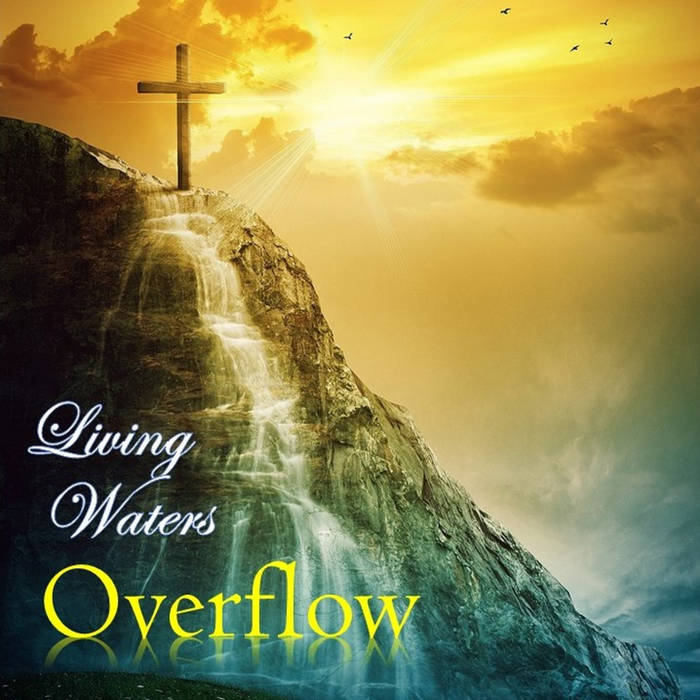 Living Waters It is a true 'overflow'...of joy, of talent, of creativity. Reaching from the very beginning to the present moment and need....

This is our fourth full-length album since we hit the digital age! It is the first fully studio-produced album, with one exception: on each album we have a tradition of including one old live track. We did this on "Still Flowing" and are doing it again here with "I WIll Go (live)", included as a bonus track. This album includes mostly re-makes of some of our oldest tunes, plus a few absolutely brand new tracks. One tying bind between all four albums is the song, "City of Joy" included in some way on each of them. It provides the theme for this album, taken from its phrase, "where joy will overflow." Here, we quote the song in the tune that opens up the album, "Sing to Jesus". "Sing to Jesus" and "Light of the World" are the thematic and sonic bookends for the whole thing. "Light of the World" features the full classic band line-up, a very exciting thing for us.

Thematically, this album Is a hopeful prayer. It speaks to the crises of soul felt by most of us in this modern world, whether "no one loves you" or the culture mocks you, or you just lost your husband, your best friend has betrayed you, or you are a runaway in the streets of New York City. The answer, of course, to all this need is Christ in the context of the Body of Christ, especially in the Cup and Bread that heal us and join us as one. And O what joy there is when we realize that "there is a place to go" in His Body, where we can love in the FLOWing power of His grace and achieve our mutual eternal destiny. It makes us want to clap, dance and sing "Alleluia!" & "Sing Hosanna to Jesus!"

The songs are pretty evenly divided this time between Mark & Mike, the original song-writing pair of the band. Many of these date back to the earliest days of the band, including "Sunrise", which Mike wrote then, though we had never performed it as a band. The songs seem to flow one into another quite marvelously with the opening of "Sing To Jesus" and "When Sunday Comes" setting the table, with each subsequent piece connected to the next, reaching its destination with "Light of the World"(followed by "Sunrise", of course) .

We are quite amazed by what we were able to achieve here in the autumn of our life. It just sounds like a band that has its roots deep in the 70's & 80's, and yet it is vibrant with ever-new creativity and life still flowing as strong as it ever was; it sounds like: LIVING WATERS!

Winners of the an award for Best EP,, Contemporary Christian, for "Alive Again".

"Peter the Rock", was presented to John Paul II by Ambassador Raymond Flynn.

The Platinum Auddy Songwriting Award was given to "Love's in a Name".

Nominated as "Best Rock Artist" for the 2014 Artists in Music Awards for "Booze Blues Cruise". ... more

Bandcamp Daily  your guide to the world of Bandcamp

Featured sounds from Fly Lo and Ahmed Idris, plus Mother Nature hops on to drop off new project